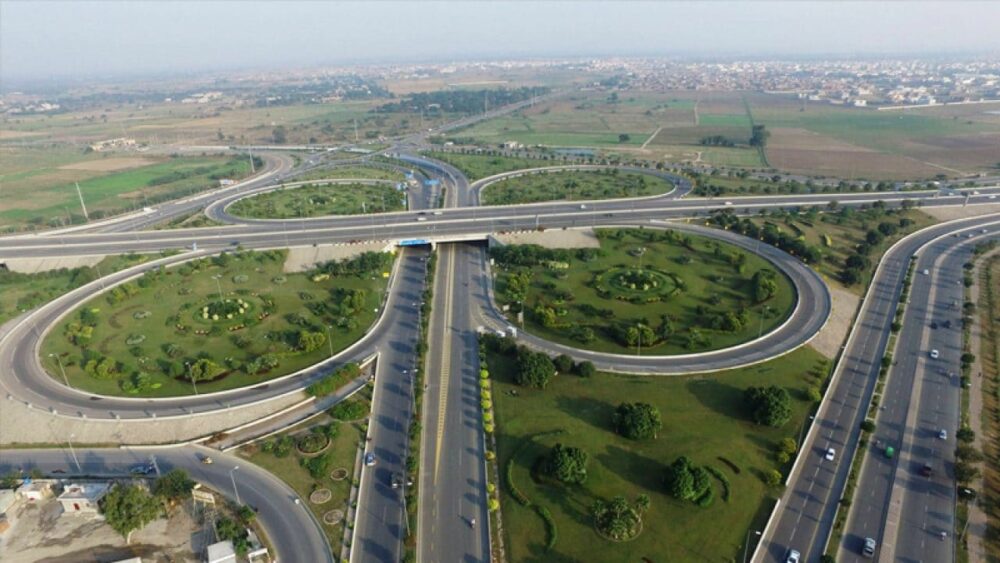 Talking to the media, Awan said that the project was based on public interest as Prime Minister Imran Khan wanted to facilitate the public by managed traffic load on roads of twin cities through this project, besides making access to Murree and other tourist spots easy.

When the scandal surfaced claiming that the original road map of the project has been re-aligned to facilitate some influential person, the premier ordered an inquiry into the matter.

The alleged changes would have increased the cost of the project by up to Rs25 billion.

Fact-Finding Enquiry, constituted by the prime minister, to enquire the illegalities in the change of alignment and the questions of, inter alia, corruption, rent-seeking, and conflict of interest, have submitted its findings.

“It was found that the 65 Km long alignment advertised for bidding was illegally crafted by Muhammad Mahmood Ex-Commissioner and his accomplices with the unlawful help of consultants,” read the report.

Ex-CommissionerMuhammad Mahmood, who was transferred when the scandal surfaced, Ex LAC Waseem Ali Tabish, Ex DD PMU Mr. Abdullah committed incurable illegalities, committed deceit & deception, the report said, adding that they also issued orders without having due authority and committed an abuse of public funds to benefit the Rent-Seeking Syndicate including themselves.

The government has referred their matter to NAB and E&D Proceedings including their suspensions are being initiated.

“NAB is being Asked to inquire Rs. 2.3 Billion spent unlawfully by Ex-Commissioner Mr. Muhammad Mahmood on illegal land acquisition for building R3 centric hype for boosting sales of real-estate connected with him and with powerful public office holders of past and present. Some Housing societies are being inquired for being Benami Fronts of powerful people,” it added.

Muhammad Mahmood and his accomplices have been suspended forthwith, said the probe report.

“It has been established that the addition of Moorat-Attock Loop, & Paswaal Zigzag were made to purely benefit private interests with the backing of influential public office holders, past and present, and influential bureaucrats”.

Furthermore, the ex-commissioner, according to the findings, kept Punjab and federal governments in total darkness about the necessary facts.

Forensic Audit of the housing societies by FIA has also been ordered for the sales beyond approved lands as well as online sales without approval.

“The Ex-Commissioner Muhammad Mahmood ensured reckless speed on illegal alignment despite there being clear illegalities; he did this to create irreversibility of the process and to create dust storm of made-progress so that illegalities and his personal conflict of interest remains hidden from the public eye and the momentum built by construction activity overshadows any attempt at digging the facts,” it said.

Some of the engineering firms who purchased the RFP were heavily invested in the properties astride R3’s illegally emerged part.

The government has now cancelled the Bidding Process Stands since the “alignment emerged illegally no one can Ever lawfully regularize it”.

The re-alignment approved by the former commissioner with malafide intentions will never be taken up again “for the incurable illegalities underpinning its emergence and also because of the reasons given at para vii of this Brief,” it added.

The build-up of a massive scam driven by the greed of a powerful rent-seeking syndicate has been busted because of the notice taken by the Prime Minister himself of the scandalous shenanigans of the Rent-Seeking Syndicate reported along the Attock loop of the R3, read the report.

The scam could cause a loss of Rs10 billion to the national kitty depriving resource-hungry productive sectors and job-creating sectors of the twin city economy.

“Economic resources which were being diverted to this Rent-Seeking Black Hole could significantly improve livability of small cities like Fateh Jang, Attock, Taxila, Gujjar Khan, Kotli Sattian and also could lead to Urban Re-generation of Rawalpindi City and emergence of Central Business District in the Rawalpindi City Area.”

Taking action against suspects, Dr. Farrukh Naveed Member PPP P&D Punjab has been made OSD;  E&D Proceedings are being taken up for his un-ethical conduct while holding positions of Secretary of the  PPP P&M Board, CEO PPP Authority.

DCs of Attock, Rawalpindi, ADC R Rawalpindi, ACs Saddar Rawalpindi, AC Fatehjang have been transferred for their unethical silence towards the shenanigans of the Rent Seeking Syndicate.

A list of Societies has also been identified by the Fact-Finding Inquiry for investigating them as Benami fronts of past and /or present public office holders, public servants and civil servants.

“Over Rs. 2.3 Billion were illegally spent by Ex-LAC on the behest of Mr. Muhammad Mahmood on land acquisition on a very fast speed even after notice was taken by the Highest Office about the suspiciousness of the alignment. For this reckless disregard of law and rules matter is being referred to NAB”.

“Investigations by NAB, FIA, FBR, and E&D Proceedings by Establishment Division, and Government of the Punjab shall ensue from the Fact-Finding Inquiry Report,” read the official statement. 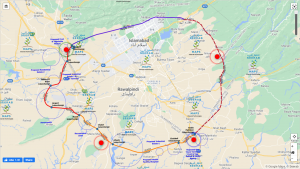 Ring Road Project may kickoff in May 2021 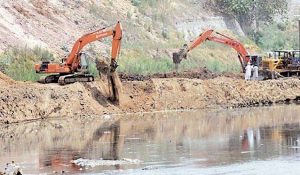