(The News Islamabad):The Naya Pakistan Housing Program (NPHP) in Rawalpindi area would be initiated around proposed Rawalpindi Ring Road project that would have nine interchanges starting from Rawat to Sangjani area.

Theme park and recreational spots would be constructed on 200 acres of land. Some 80 acres of land would be allocated for the community and activity zone. A state-of-the-art hospital would be established in the health zone that would be set up on 300 acres of land. The fruit and vegetables markets would be shifted near the Ring Road to reduce flow of vehicular traffic within the city.

Three Satellite Towns would be established in residential zone while a terminal for heavy-duty vehicles would be constructed on 100 acres of land. The length of the Ring Road has been increased from 30 kilometres to 64 kilometres and its width would be 360 feet in line with the best international practices.

The purpose of the Ring Road project is to improve economic connectivity and road transport efficiency in the Islamabad-Rawalpindi metropolitan area. The initial documentation of the project would be given final shape in consultation with various government departments after which the Punjab government would finally provide funds for this purpose. 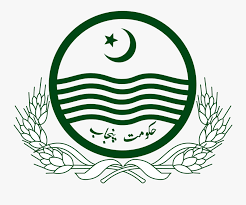